Our Commitment to Excellence

At CHB we recognize the role of a coach can be  both rewarding and daunting. Effective communication, commitment, and continual learning are key attributes we look for in our leaders. Our coaches are life long learners and it's a part of our mission that we continue to expand our knowledge of the game.  We have implemented a vetting process for all of our coaches and CHB requires all coaches to commit to the process of learning and mutual accountability.  We have partnered with veteran college coaches to keep our programs accountable and our organizational goal is to provide mentoring, support, and all the necessary resources to properly lead our programs.  Our coaches are "teachers" of the game and child advocates at heart!

At CHB we are also compliant with the Safe Sport Act requiring background screening and child abuse awareness training for all of our coaches, staff, and adult volunteers interacting with youth.  Child abuse awareness training is provided by Abuse Prevention Systems and background checks are provided by Sports Engine in partnership with the National Center for Safety Initiatives. 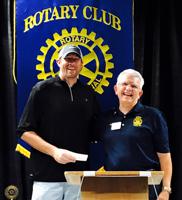 Jason Kitts founded CHB in 2016 after moving to Central Florida from Washington state. Jason brings years of community development and outreach to Central Florida. Jason helped create community-based programs in Washington state that integrated student-athletes at the grassroots level. He is passionate about building community programs and working with community leaders to provide outlets that will impact kids for years to come. Jason is married and is the father of 3 beautiful young ladies. He is also a member of the Oviedo Rotary Club and Action Church.

Coach Jermaine was born in Brooklyn, New York, where he first got his hand on a basketball at the age of nine.  Standing at 6 ft 4 inches, Jermaine played basketball at Winter Springs high school, helping his team get to the district championships 3 years in a row. He later suffered an injury where he fractured his leg and had to stop playing basketball competitively.

This did not stop Jermaine from pursuing his passion for basketball. While attending college at the University of Central Florida, he discovered his passion for coaching. He started  helping his younger sister develop her own unique basketball skills and talents.

Jermaine caught the eye of Sara Nuxol, the head coach at Lake Howell High School. She recognized his unique skill set and proceeded to hire him as an assistant coach for the 2014-2015 season.

Jermaine has a talent for connecting with young athletes that want to further develop their skill to either enjoy the sport socially or to take it to the highest level possible. Jermaine has been coaching girls basketball for over 5 years at various levels, including Lake Howell High School (2014 -2015) and Nike Girls Elite Youth Basketball League, where he has cultivated relationships with multiple college coaches and scouts.

His passion for the game means he's always willing to go the extra mile for his players. He also takes pride in trying to make sure each student-athlete takes something away from program they are involved in.

Ron Lohman joined CHB Global in May of 2019 as a community relations volunteer. He worked in the insurance industry for almost 20 years, most recently as the Central Florida Marketing Manager for a large regional carrier. Ron earned the respect of his peers and colleagues for his ability to initiate, develop, and maintain strong partnerships. He has several years of experience volunteering with disaster relief, food pantries, donation centers, youth sports, and community development. Ron obtained an associate of arts degree from St. Petersburg College in 2003 which focused on elementary education. In 2020, he earned a bachelor’s degree that included an honors distinction from Eckerd College; there, he majored in Humanities and minored in Law & Justice. He takes great pride in his family and has been married since 2000. He and his wife have been blessed with a son and a daughter who love basketball and sports as much as they do.

Daemon was born in Brooklyn, New York and moved to Orlando, Florida in elementary school. Daemon started playing basketball at a young age, following in the footsteps of his older brothers. Growing up in a poverty-stricken neighborhood in New York, Daemon used basketball to keep him on the straight and narrow.

After moving to Orlando, Daemon continued to play basketball, and it had an extremely positive impact on his life. Daemon got the opportunity to play basketball in college. He played 2 years at Pasco Hernando  State College, where he was top 5 in the nation in three pointers made and three-point percentage. He finished up his college basketball career at Valdosa State University, where he earned his degree.

Daemon has been coaching basketball for 2 years, and he also works as a PE teacher at Pineloch Elementary. Basketball taught Damon how to be an effective communicator, and he carries that skill into his work today. He truly connects with his student athletes, and they know they can come to him for guidance on the court and off.